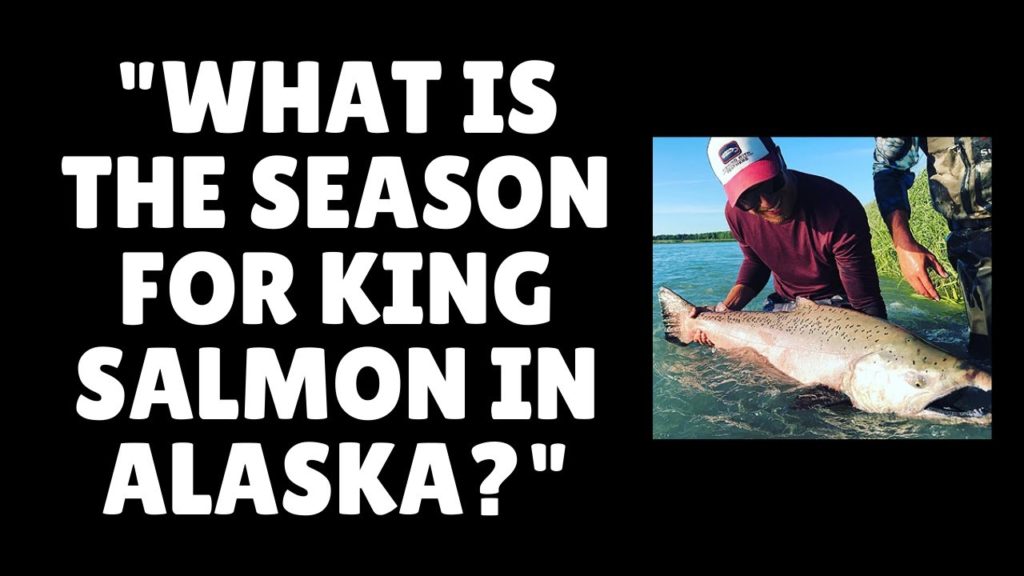 Most requested questions about King Salmon and Rainbow Trout

All answers correct at the time of posting (July 5, 2020).
But Alaska fishing restrictions and regulations are always subject to change.

What is the season for King salmon in Alaska?

King salmon in Alaska run anywhere from mid-May. Until the season closes at the end of July. Typically I will start on about May 16th, because that is when bait opens up on the Kasilof River. Depending on restrictions we start off with bait or without bait. On the Kenai River. Typically, it is always without bait.

What is the limit for King Salmon in Alaska?

Well the 2 rivers I fish, the Kenai River and the Kasilof River, have different regulations. Typically I do the majority of my fishing on the Kasilof. Because during the month of May and June. We have a hatchery run of fish that comes in and I am allowed to keep 2 per day. One wild and one hatchery. Or two hatchery. You can only keep wild Kings, Tuesday’s, Thursday’s and Saturday’s. Then beginning in July the Kasilof goes to one fish per day, wild or hatchery. On the Kenai River, it is always one fish per day. When retention is allowed.

Where is the best King Salmon fishing in Alaska?

Although there are multiple places you could fish in Alaska. Some of the most road-accessible destinations are the Kenai and the Kasilof Rivers. The Kasilof is drifting only and the Kenai is a powerboat fishery. So depending on what you want to do and how many fish you want to keep. Depends on where we go.

Where is the best Trout Fishing in Alaska?

What is the best time to fish for a Rainbow Trout in Alaska?

Once the Kenai River opens up on June 11th. I can fish for rainbow trout all summer, through the fall. But typically in the fall (starting late August, September and even into October) is the absolute best time to fish for trout. The reason being all the salmon spawning out here in the river, and all their little eggs are floating down the river. All the Rainbow Trout and Dolly Varden trout go crazy for these. They will engorge themselves and try to pack on enough weight to survive the really harsh cold winter. When they run back up to the lake and live under the ice.

How late can I fish for Rainbow Trout on Kenai River?

Well, honestly I could fish all the way until December if I really wanted to. The question is are you gonna come out with me? Because it’s already snowed and it’s cold. But typically the about the latest I go is late October. That’s when weather is still tolerable and there’s still a lot of fish that are biting.

How can you fish for Rainbow Trout on the Kenai River?

Well there are multiple ways and depending on what section of the Kenai you’re fishing, depends on kind of how we fish. One of the best ways is to use a fly rod, and we use what we call a strike indicator. Using a presentation that closely resembles rotten salmon flesh floating down the river. From the salmon that are starting the spawn and die, or just any leftover salmon carcasses that are floating down. Or we use what we call beads which is an egg imitation imitating various colors of salmon eggs that could be floating down the river. Can fish that on the fly rod or I can fish it on the spinning rod. Depending on what your skill level.

Here at Kenai River Recon we accommodate all skill levels, whether it is fly-fishing or spin casting. Come join us on a trip down the world famous Kenai River or Kasilof while we have fun and chase down the trout or salmon you’ve dreamed about.

* All fishing occurs on the Kenai River and Kasilof River. You will need to arrange transportation to the River. Girdwood is 111 mi. (2 hours) and Moose Pass is 65 mi. (1.25 hours). If staying in Soldotna expect 20 minutes to the boat launch.